Welcome To The Woofchester Hotel

Or Email Form Below 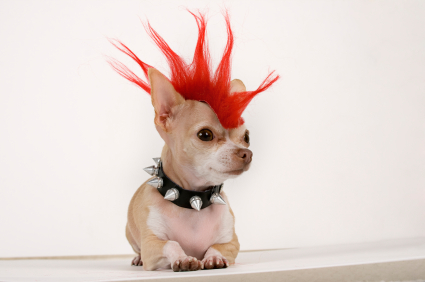 Dogs were first domesticated from wolves at least 17,000 years ago, but perhaps as early as 150,000 years ago based upon recent genetic fossil and DNA evidence.

In this time the dog has developed into hundreds of breeds with a great degree of variation. For example, heights at the withers range from just a few inches (such as the Chihuahua) to roughly three feet (such as the Irish Wolfhound), and colors range from white to black, with reds, grays, and browns occurring in a tremendous variation of patterns.

Dogs are highly social animals and this similarity in their overall behavioral pattern accounts for their trainability, playfulness, and ability to fit into human households and social situations.

This similarity has earned dogs a unique position in the realm of interspecies relationships. The loyalty and devotion that dogs demonstrate as part of their natural instincts as pack animals closely mimics the human idea of love and friendship, leading many dog owners to view their pets as full fledged family members. Dogs seem to view their human companions as members of their pack, and make few, if any, distinctions between their owners and fellow canines.

Dogs fill a variety of roles in society and are often trained as working dogs. Dogs that do not have traditional jobs, a wide range of dog sports provide the opportunity to exhibit their natural dog skills. In many countries, the most common and perhaps most important role of dogs is as companions.

Dogs have lived with and worked with humans in so many roles that their loyalty has earned them the unique sobriquet "man's best friend."